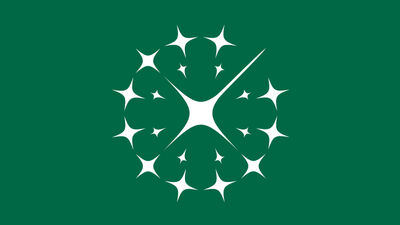 Stellaris Invicta Season Two is a series of Stellaris Twitch streams and recap videos published by the Templin Institute in which the Institute guides the Antares Confederacy, a band of human nations struggling to survive in a distant star system, as it seeks to stand the test of time and reestablish contact with Earth.

The series runs concurrently with Skylines Invicta, a collaboration between Citywokcitywoll and Skibbith in the game Cities: Skylines featuring the Confederacy's capital city, Sagallo, as it grows from a seaside hamlet to the capital of an interstellar nation.

The season was announced on July 18, 2020. From July 20 to 24, the Institute released five videos profiling five unique civilizations — the United Federation of Nations, the Antares Confederacy, the Holy Solar Empire, the United Terran Protectorates, and the Eternal Kreventum. From July 24 to August 7, it allowed patrons at the $2 level or greater to vote on which of those nations would be the focus of the playthrough.[1]

Patrons were allowed to submit custom AI-controlled empires beginning July 20, while submissions opened to everyone on July 24. Submissions closed after 1200 were received.[2]

On August 7, the Antares Confederacy was announced as the winner of the poll with 56 percent of the vote.[3] On August 11, the Templin Institute allowed patrons to vote on the national flag of the Confederacy,[4] and the "Green Frontier" flag was ultimately selected.[5]

Viewers of the Twitch streams function as the canonical Chamber of Representatives, participants on the Templin Institute's Discord server act as the Senate, and patrons were cast as corporate interests. All three are given the ability to make certain decisions affecting the game.

Participants in the Discord server are given the ability to make press briefings that have a chance to become canon and, by extension, part of this wiki.

The first Twitch stream took place on November 14, 2020, one hour after a prologue video was released on YouTube.[6]

See the Prologue here, the YouTube series here, and Skylines Invicta here. The Twitch streams can be found here.